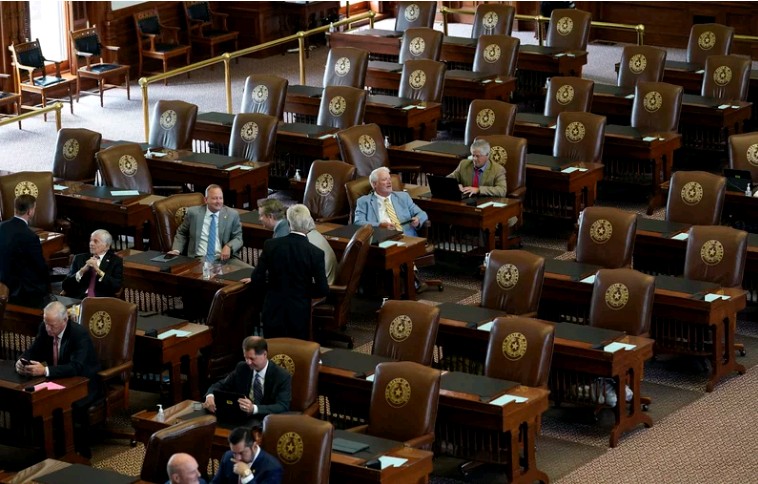 In Texas, Efforts To Make Voting Harder Have Some Worried In Harris County

Texas already has some of the strictest voting laws in the country, and the state’s Republicans are trying to make them even tougher. Most of the state’s Democratic lawmakers have flown to Washington, D.C., to prevent a vote on legislation they call voter suppression.

The center of the battle is Harris County, where Houston is located. The county is home to more than 4.7 million people, a larger population than the state of Louisiana. Last year, Harris County introduced an array of voting innovations to make it easier and safer to vote during the presidential elections. They included drive-thru voting, expanded voting hours – with one day of 24-hour voting – and sending out mail-in ballot applications to all eligible voters.

Joy Davis is a stay-at-home mom and the mother of a young son with severe autism. She voted in a drive-thru location on the east side of Houston.

“Oh, it was amazing,” Davis says. “It was so convenient. I felt safe, because it was at the highlight of the pandemic before I was able to get any vaccinations….When I arrived, it was just so simple, so easy, so effortless. We just pulled up, showed my ID, they directed us to a tent, and you know we met with the poll worker there, they gave us the machine so we could cast our ballot, and that was it. I cast my ballot.”
Almost immediately, Republicans sued to block the innovations. One suit, led by conservative activist Steven Hotze and State Representative Steve Toth, R-The Woodlands, would have thrown out roughly 127,000 ballots cast at drive-thru locations.

“And it was horrifying,” Davis says. “It felt as if I was going to be disenfranchised as a voter. And knowing that I did everything right – I showed my ID, I voted, and then, you know, I’ve been voting all of my life – so, to know that that was a possibility, it was just horrifying.”