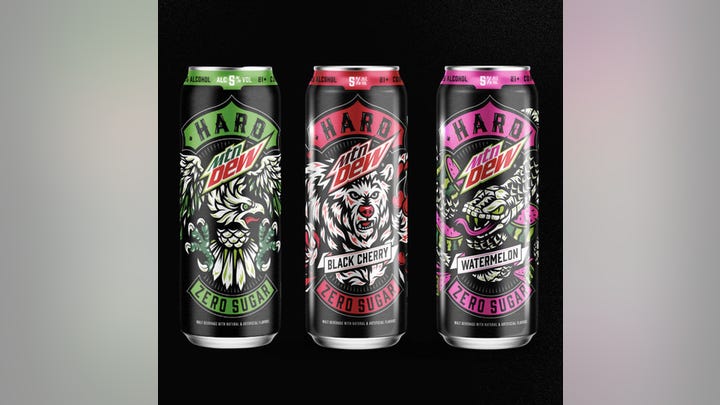 Boston Beer, the company behind the Samuel Adams beer and Angry Orchard hard cider, will make the alcoholic Mountain Dew rendition, while PepsiCo has set up a new entity to sell the product, the companies said. They expect it to be on shelves in early 2022.

The beverage, which will have black cherry and watermelon among its flavors, won’t contain caffeine and sugar, a Boston Beer spokeswoman said. The drink will have an alcohol by volume of 5%, the companies said.

The Boston Beer Company and PepsiCo today announced plans to enter a business collaboration to produce HARD MTN DEW alcoholic beverage. The partnership unites Boston Beer’s world-class innovation and expertise in alcoholic beverages with one of Pepsi
The new product comes after Boston Beer last month said it overestimated the growth of its hard-seltzer category in the second quarter, with demand for its Truly product being lower than anticipated. Meanwhile, PepsiCo and rivals including Coca-Cola Co. have been working for years to shift their beverage sales away from sugary drinks and toward lower-calorie offerings such as diet soda, flavored seltzer and bottled water.

PepsiCo this year introduced an energy drink called Mountain Dew Rise as the company is leaning hard into the category. Last year, it splashed out $3.85 billion on energy-drink company Rockstar.

The beverage giant last week said it would sell Tropicana and other juice brands to private-equity firm PAI Partners, parting ways with one of its most famous holdings in a bid to boost growth.