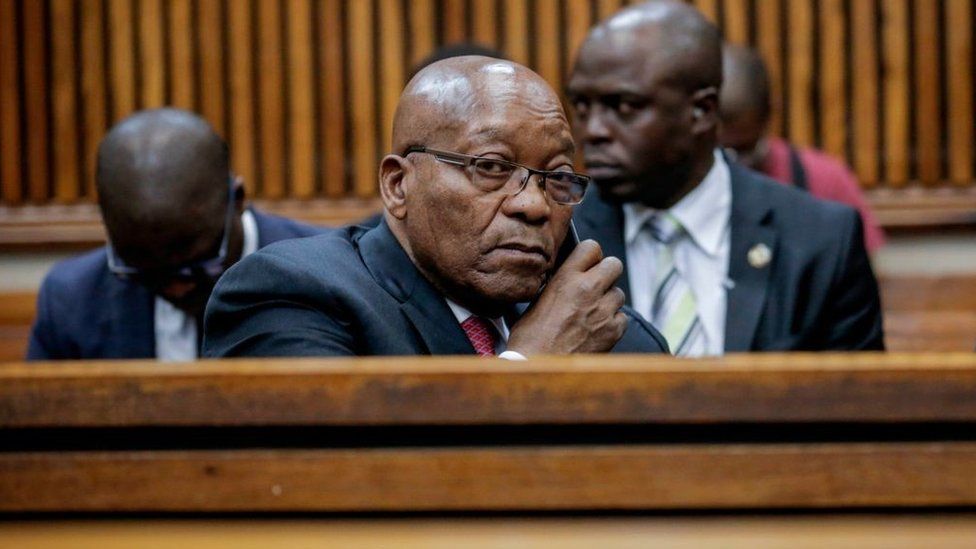 South Africa Zuma riots: What’s behind the violence and looting?

Some are calling events over the last week democratic South Africa’s “darkest hour”.

Is it more than a spontaneous triggering of anger brought about by the jailing of former President Jacob Zuma? Many analysts say it is and that there is a “third force” sympathetic to the former president at play.

The government’s language too has changed significantly, from not saying much in the early days of the lawlessness to calling out what it says has been “economic sabotage”. Some commentators have even gone as far as to warn that the unrest has the hallmarks of an “attempted coup” and an “insurrection”. 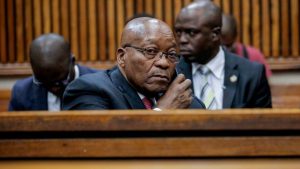 President Cyril Ramaphosa has said that the violence was pre-planned, but has not said who he suspects was behind it.

Ferial Haffajee, associate editor of the Daily Maverick, has written about a co-ordinated strategy of chaos, masterminded by a dozen close associates of the former president.

Referencing a number of senior sources from inside the ruling African National Congress (ANC) and intelligence services, Haffajee has sketched an outline of that strategy – from the burning of transport trucks in KwaZulu-Natal seen in the early days of the insurrection, to the blocking of key routes from the port in Durban to the economic heart of South Africa, Gauteng. The suggestion is this was intended to further undermine and weaken an already fragile economy, and by extension Mr Ramaphosa’s government.

This could be coming from within both the ruling party and the country’s intelligence services.

There are two clear and opposing forces in the ANC. One is headed by President Ramaphosa, who his supporters say is slowly rebuilding state institutions and accountability after a decade of corruption and looting during the Zuma administration. The other, known as the RET faction, is sympathetic and fiercely loyal to the former president. They were perhaps beneficiaries of this “state capture” and feel cornered by the momentum gained by the Ramaphosa faction. They want a change of guard, urgently and so stand to benefit if the current president is weakened.

Zuma was the spymaster of the ANC inside and outside of South Africa during the years of white-minority rule, before returning triumphantly in 1990. Almost four years since leaving office, he is believed to have maintained staunch allies in the intelligence services.

That’s not surprising. During his term in office significant amounts of money were channelled in that direction. In fact, what has come out of the recent commission investigating corruption during Zuma’s presidency is the suggestion that during his years in power, parallel intelligence structures were set up, in effect doing the president’s bidding.

If true, the remnants of those structures surely still exist. Prof Susan Booysen points out that despite a 2018 report identifying “parallel intelligence structures” potentially aligned to or sympathetic with the former president, little has been done by the current administration to root these elements out. We could be seeing the effects of that now.