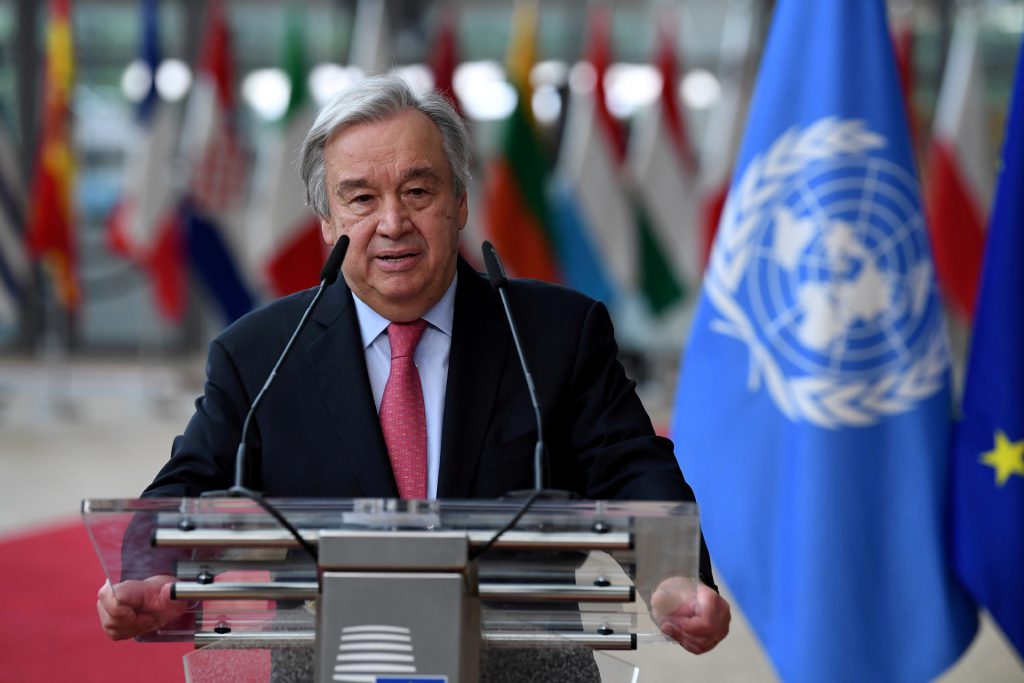 UNITED NATIONS — United Nations Secretary-General Antonio Guterres on Saturday called on the international community to drive forward efforts to achieve justice for all.

“Today, as we reflect on the suffering of all victims and survivors of grave crimes, I encourage all states to ratify the Rome Statute, and call on the international community to drive forward efforts to achieve accountability and justice for all,” the top UN official said in his message for the Day of International Criminal Justice, observed annually on July 17.

Noting that July 17 marks the 23rd anniversary of the adoption of the Rome Statute, the founding treaty of the International Criminal Court, which aims to end impunity for the perpetrators of the most serious crimes of concern to the international community, the secretary-general said that accountability for these crimes “is central to our global commitment to peace, security, human rights and fundamental freedoms.”

“The United Nations has been committed to the International Criminal Court from the outset, based on our belief in the importance of international criminal justice, of which the court is a pillar,” he said.

“The International Criminal Court has delivered important judgments, demonstrating that the perpetrators of grave crimes, including sexual and gender-based crimes, will face justice. Earlier this year, the court convicted Dominic Ongwen and confirmed the conviction of Bosco Ntaganda of crimes against humanity and war crimes, committed in Northern Uganda and the Democratic Republic of the Congo respectively,” he added.

The UN chief underscored that the International Criminal Court is just one element of the international justice system, which encompasses other courts, tribunals and non-judicial mechanisms, adding that the International Residual Mechanism for Criminal Tribunals and the Special Tribunal for Lebanon have both accomplished important milestones in the past year. The United Nations is also deeply involved in assisting member states to better address impunity at the national level.