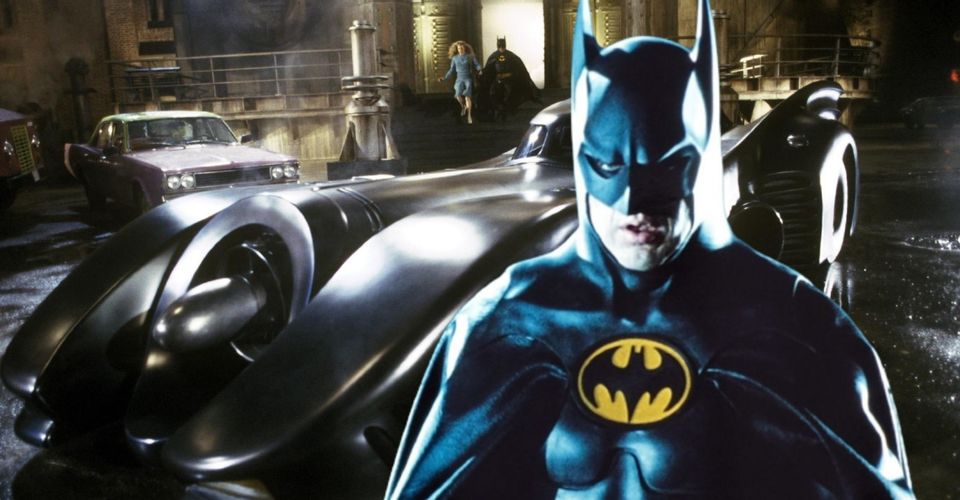 New leaked photos from The Flash feature Michael Keaton’s Batmobile and Batcave, as well as new looks at Ezra Miller’s Barry Allen and Sasha Calle’s Supergirl. Warner Bros. and DC Films spent years trying to get a solo movie for the Scarlet Speedster off the ground, and it is finally in production. The Flash stars Ezra Miller’s version of Flash and is directed by Andy Muschietti. It has been teased to be a loose adaptation of Flashpoint, and the multiverse storyline has enabled the movie to bring back a DC movie icon.

It was revealed early on in The Flash’s development under Muschietti that Michael Keaton was in talks to return as Batman. Keaton famously played the Dark Knight in Tim Burton’s 1989 Batman and its sequel, Batman Returns. With filming underway, fans have already seen the return of Wayne Manor and a few set photos of Keaton’s older Bruce Wayne. Muschietti has even teased the return of his Batman costume with a close-up image of the suit’s logo with blood dripping on it.

More aspects of Keaton’s Batman’s life are at the focus of new leaked photos from The Flash. The images circulating online show the new set constructed for Keaton’s Batcave and the return of his Batmobile. Check out the The Flash set photos, below:

The return of Michael Keaton as Batman through the multiverse is one of the many reasons why DC fans are so excited by the potential of The Flash. When the movie hits theaters next summer, it will have been 30 years since Keaton last played the Caped Crusader in Batman Returns. His return will hit the nostalgia itch for a big portion of the DC fanbase. If his return isn’t enough, though, The Flash will also see Ben Affleck play Batman again. And as these images show, it’ll also be where Supergirl makes her DC Extended Universe debut.

With even more teases of Keaton’s Batman and his world being a prominent part of The Flash, it will only continue to raise questions about the nature of his role. It sure looks like Barry Allen has traveled to the Burton Batman franchise’s universe. But, there have also been reports that this won’t be the only appearance Keaton makes as Batman moving forward. Keaton’s Batman has been rumored to return for Batgirl and more projects as his Bruce Wayne becomes a Nick Fury-type mentor figure in the DCEU. None of that is confirmed right now, so fans might have to wait to see The Flash to learn what future, if any, Keaton’s Batman has in the DCEU.