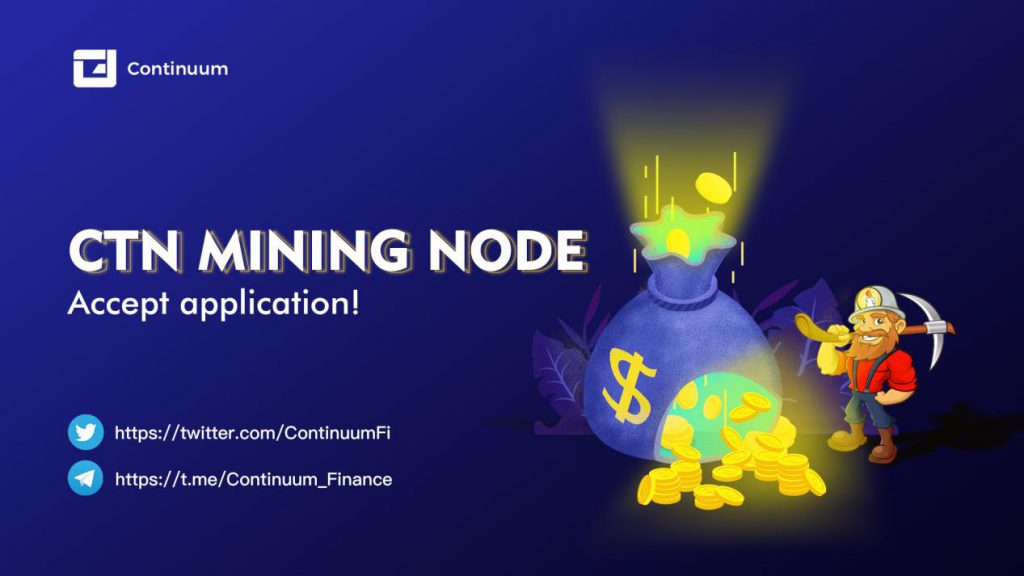 How to be an CTN Mining Node?

* Be an CTN Mining Node conditions: community members must more than 200 members, with 100 holding addresses, and to cooperate with the forwarding of official news.

A list of 30 nodes will be announced on September 27, and those who become nodes will receive 1000 CTN rewards.

About CTN
Continuum Finance ($CTN) is a BSC asset that empowers community governance; CTN token-holders and their delegates debate, propose, and vote on all changes to the prot ocol. By placing CTN directly into the hands of users and applications, an increasingly large ecos ystem will be able to upgrade the protocol and will be incentivized to collectively steward t he protocol into the future with good governance.