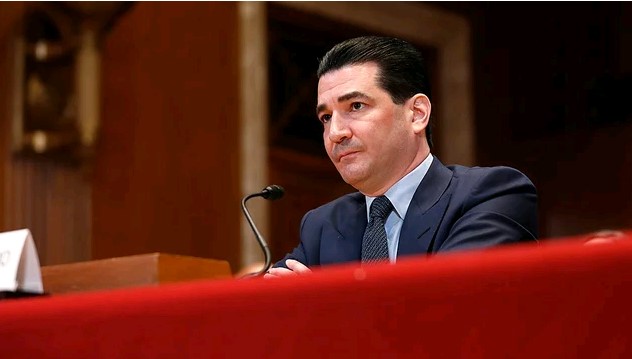 Former Food and Drug Administration Commissioner Scott Gottlieb on Sunday said the new federal vaccine mandate announced by President Biden could “discourage some vaccination” in the near term.

“In the near term, a lot of businesses that have might have mandated vaccines are now going to sit on your hands and say, I’m going to wait for OSHA [Occupational Safety and Health Administration] to tell me just how to do it, and give me more political coverage,” Gottlieb said.

“So in the near term, you could actually discourage some vaccination,” he added.

Gottlieb’s comments come after Biden on Thursday unveiled a new federal vaccine mandate rule that will require all private employers with 100 or more employees to mandate vaccines or weekly testing.

The new regulation, which could affect almost 80 million people, will be issued by OSHA in the coming weeks.

Gottlieb added on Sunday that the downside of the new mandate could outweigh any benefits it is hoping to achieve by “hardening positions.”

“I think the downside of this mandate, in terms of hardening positions and taking something that was subtly political and making it overtly political, could outweigh any of the benefits that we hope to achieve,” he said.