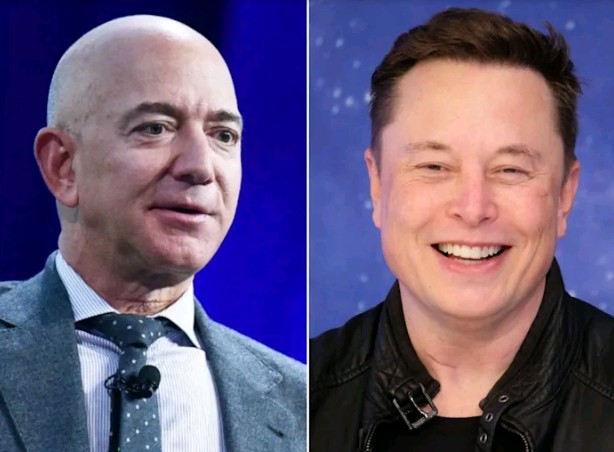 In a wide-ranging interview at the Code Conference in Beverly Hills, Calif., Tesla and SpaceX CEO Elon Musk made the case for building human settlements on both the moon and Mars, argued against government regulation of cryptocurrency, and responded to accusations that he doesn’t pay enough taxes.

Elon Musk has taken a jab at Jeff Bezos after toppling him to become the world’s richest person again.

On Monday, the Tesla and SpaceX CEO became the third person in the world to ever be worth $200 billion, according to Forbes.

In response, Musk said he is sending Bezos a reminder of where they stand on Forbes’ billionaires list.

“I’m sending a giant statue of the digit ‘2’ to Jeffrey B., along with a silver medal,” Musk told Forbes in an email.

Bezos had been the first person to reach the $200 billion milestone when he did so last August. Bernard Arnault, the CEO of French luxury conglomerate LVMH Moët Hennessy – Louis Vuitton, briefly hit that mark more recently.

Musk and the former Amazon CEO have leap-frogged each other for the title of world’s richest person multiple times.

Musk’s shot at Bezos is just the latest in the ongoing rivalry between them. Earlier this year, Bezos’ rocket company, Blue Origin, protested NASA’s decision to award a $2.9 billion contract to SpaceX to land humans on the moon. On Twitter, Musk retorted, “Can’t get it up (to orbit) lol.”

Last month, Amazon subsidiary Kuiper filed a protest letter with the FCC over SpaceX’s plans to expand its Starlink satellite network. In response, Musk tweeted that Bezos had “retired to pursue a full-time job filing lawsuits against SpaceX.”