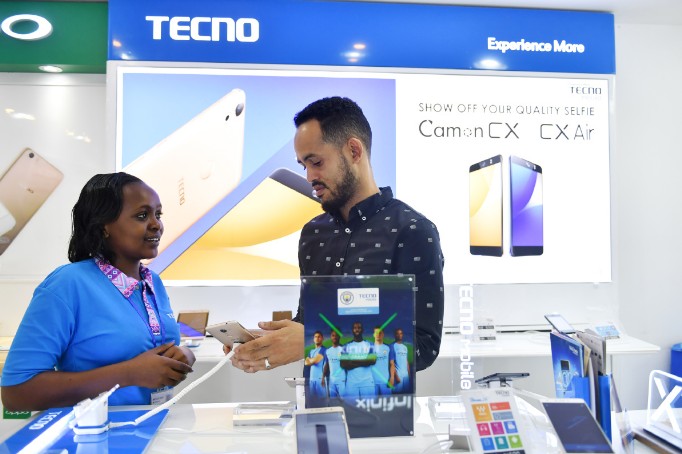 With three mobile phone brands — TECNO, itel and Infinix — China’s Transsion Holdings, a smart device and mobile internet service provider, has been among the most popular smartphone brands in Africa thanks to its customized solutions for local consumers.

The Shenzhen-based smartphone manufacturer was awarded the national manufacturing individual champion on Nov 15 for its camera technology designed for Africa and other markets.

According to data from international consultancy IDC, Transsion ranked first in market share in Africa last year, and continued its positive momentum this year.

The company registered operating revenue of 35.77 billion yuan ($5.6 billion) in the first three quarters of this year, up 43.26 percent on a yearly basis. Net profit during the same period of time increased 47.79 percent to 2.88 billion yuan, according to a company news release.

The multi-brand strategy of Transsion covers different consumer groups in Africa, and maintained a market share of over 40 percent in the continent in 2020.

Besides camera design tailor-made for African consumers, Transsion is also developing its artificial intelligence voice project to better adapt to local accents and using algorithms to reduce background noise, according to the company’s mid-term report of 2021.

As gaming in Africa witnesses skyrocketing growth, the company is also developing a quick-game platform, enabling African users to quickly access their games and save internet traffic at the same time.

Starting from Africa and aiming to expand to the globe, Transsion has continued building its logistics network in Africa. On Oct 20, the company signed a cooperation agreement with the KAF company in Djibouti’s free trade zone for logistics services development.

Transsion’s smartphones, home appliances and other products will be storage in its overseas location in Djibouti to further cut delivery time and transportation costs, as well as improve custom clearance and operational efficiency and provide quicker response to market demand in Africa.

The Djibouti overseas location will connect other international logistics hubs such as the Djibouti International Airport and the Addis Ababa-Djibouti railway to further serve markets in East and Central Africa, the company said.