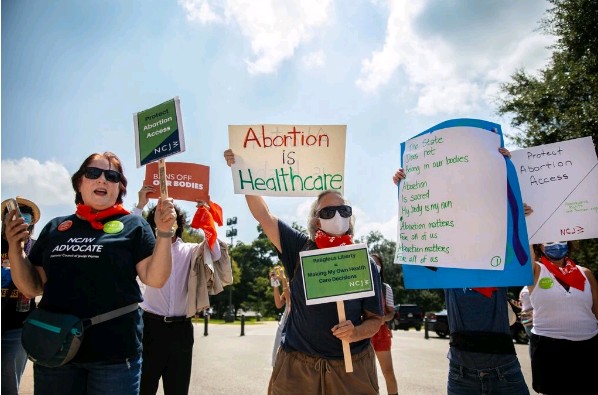 Answers to Questions About the Texas Abortion Law

The law prohibits abortions before many women even know they’re pregnant, and it will be hard to challenge in the courts.

Other states have passed similar laws, but those measures face legal challenges. The Texas law is the first to be implemented, after the Supreme Court did not act on a request to block it. (The justices may yet do so.)

Because of the way the law was written, however, it may be difficult to challenge in court, representing a sea change in the battle over abortion rights and inviting imitation by other jurisdictions seeking to tamp down access to abortion.

“These laws are unconstitutional, as we have understood Supreme Court rulings until now, and courts have quickly issued preliminary injunctions blocking enforcement,” said Elizabeth Nash, state policy analyst for the Guttmacher Institute, a research organization that supports abortion rights.

“This is the first one that has gone into effect,” she added. “This is huge in that respect.”

Here are answers to a few common questions about the new legislation.

Is the law a complete ban on abortions?

The law bars abortions once cardiac activity can be detected in the embryo. This typically occurs around the sixth week of pregnancy.

That is very early in a pregnancy, and many women do not know they are pregnant at that point. By the time a pregnant woman misses her period, she is four weeks pregnant, as doctors usually define it.

Under the Texas law, then, a woman would have about two weeks to recognize her condition, confirm the pregnancy with a test, make a decision about how to manage the pregnancy and obtain an abortion.

Many women may not track their periods carefully, may have irregular cycles, or may not know the exact date of the start of their last period, experts noted.

“It is extremely possible and very common for people to get to the six-week mark and not know they are pregnant,” said Dr. Jennifer Villavicencio, lead for equity transformation at the American College of Obstetricians and Gynecologists.

The cardiac activity detected on ultrasound is not a true heartbeat, Dr. Villavicencio added. It results from electrical activity, but the valves of the heart have not yet formed. And the sound does not indicate the pregnancy is viable, she said.

“Forcing them to find out about a pregnancy and make a decision about how to manage it in a short period of time is antithetical to ethical care,” Dr. Villavicencio said.

Does the law make exceptions for pregnancies resulting from rape or incest, or to protect the life of the mother?

The law does not make exceptions for rape or incest. It does permit abortions for health reasons, but the exceptions are narrowly drawn, allowing a termination only if the pregnancy could endanger the mother’s life or lead to “substantial and irreversible impairment of a major bodily function,” Ms. Nash noted.

“These are very narrow exceptions,” she said, and the language does not cover every instance in which a woman’s health might be at risk. Nonetheless, she added, “Health providers will be very conservative about interpreting the law, because they don’t want to cross a line.”

Doesn’t Roe v. Wade guarantee a woman’s right to abortion? Can the Texas law be challenged on constitutional grounds?